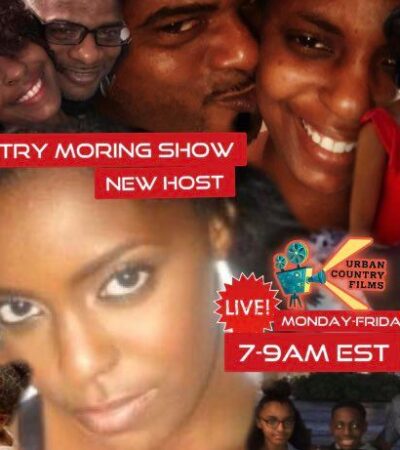 Pastor Greg…Pastor GREG! How are you just going to have me ready to conquer the world at 7am?!  He always comes through with the early morning motivation, reminding us on this Thankful Thursday that success is an UPHILL battle, and it isn’t easy. Watch the playback to get his message drenched with meticulous metaphors and powerful imagery guaranteed to fuel your soul!

Onto fueling your hope as well, Candidate Shelley told us the Dutch Chocolate Company is actively fighting to end illegal child labor completely. The chocolate you and/or your kids grab on the way out of the gas station is manually manufactured by almost 1.6 million children illegally working in the cocoa growing regions of Ghana and the Ivory Coast. They are just babies ya’ll, and Dutch is not having it. Come listen to the bullshit response the powers-to-be in those regions said regarding illegal child slavery, and come understand Dre’s reminder of Lauryn Hill’s famous lyric “It’s funny how money change a situation.”

Money is the name of the game with this country. I cannot deal with the fact that the United States is attempting to “recover trillions in damages” by implementing lawsuits against the China Communist Party over its alleged cover up of the origins of the covid pandemic. First of all, do you really want to go down that road, America? I’m just saying…it’s going to circle back to you. Also, quit trying to wage a war. Just stop. Anyway, listen to Dre eloquently explain the hypocrisy of America with this move, basically telling the US to sit the f**k down.

America needs to shift that focus onto why numerous businesses are experiencing short staffing, including the damn airlines!  We don’t have enough pilots, and the airlines are offering up to $247/hr for pilots to come steer these big air ships. Dre said you can google “how to fly an airplane” and get your cousin and ‘nem to give you a reference. Go ahead and do that and see how even Spirit Airlines will tell yo’ ass to go home.

Shelley & Dre had me all in my feelings with this next one. I get emotional over Brittany Spears, man. This girl has been through the most hell just to have some resemblance of a normal life! Remember when she went through her mental breakdown and the public found out about her mental issues? If you don’t, you’ll relive the moment when you watch the video on today’s playback. Paparazzi is forever out of pocket for their behavior. Hell, her own damn father is out of pocket! Money has this man really keeping her locked into a conservatorship, controlling every aspect of her life, including her own damn WOMB according to special guest Bookman who called in and told us some horrific shit!

Speaking of the womb, imagine going through 9 months carrying your baby, giving birth and watching them blossom into a beautiful 2 year old, then not seeing them again until 24 years later! Get your tissues out for this next part. A mother and father in China were reunited with their son after 24 years. He was kidnapped by a human trafficker at 2 years old while he was playing outside his home. It’s insane you have to fear this kind of shit while your kids are just trying to be kids. They are playing, absorbing the world around them, then suddenly their life is stolen and warped into a SICK world of awful perversion. All of you that participate in human trafficking in any way, shape, or form should be tortured and killed, publicly and expeditiously.

Ain’t nobody got time for Dre’s interludes. I want ya’ll to see how Dre started accusing lil ol’ me of constantly being against him and his shenanigans. I can’t help you have a nature of instigative anarchy against yourself by destroying the flow of your own show…like you were doing at this very moment. Then you have the NERVE to tell Shelley to continue to the next story because the people need their stories. When she really start popping you in that bottom lip, don’t try to escape to NC because I ain’t opening my door.

THEN he and Shelley had the audacity to blast my ears with Pretty…damn…Ricky on a music break. Throw them in the trash, rapidly. So now Shelley has permanently banned me from Miami, which tells me I need to plan a trip down there as soon as possible to save them from themselves, sparing them the thoughts of this group representing Miami at all. You redeemed yourself, however, when you played Trick Daddy & Trina; they are your true musical representatives in Flawda (Florida, that special state where weird things happen).

Make sure ya’ll listen to Kendrick Lamar, Rick Ross, and Jay Z on the playback as well! Whit OUT!